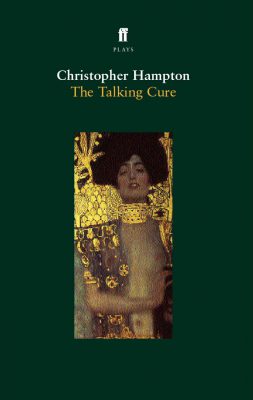 David Cronenberg’s upcoming film based on Christopher Hampton’s play, The Talking Cure, has been renamed “A Dangerous Method.” According to Production Weekly, filming starts next month at locations in Berlin, Vienna and Zurich. No release date has been set, but the film is expected to be released in 2011.

Overshadowed by portents of the coming wars, Zurich and Vienna are the setting for this tale of emotional vicissitude and intellectual debate. The Talking Cure is an intimate picture of the birth of psychoanalysis and of two intense and inextricably interwoven relationships. Carl Jung uses Sigmund Freud’s “talking cure” on Sabina, a young Russian hysteric with whom he will fall in love. Impressed with Jung’s results, Freud anoints him his successor, but when Jung develops his own theories they part ways. Sensitive and intelligent, The Talking Cure illuminates the origins of one of the twentieth century’s most influential schools of thought.

Keira Knightley will play Jung’s patient Sabina Spielrein. Vincent Cassel (“Kirill” in Eastern Promises) also has a not-yet specified part. Christoph Waltz was originally signed to play Freud, but backed out in March to accept a leading role in Water for Elephants. We’re delighted that Cronenberg was able to replace Waltz with Viggo Mortensen.

More information and opinions at /Film, IMDb, and here on our A Dangerous Method page.