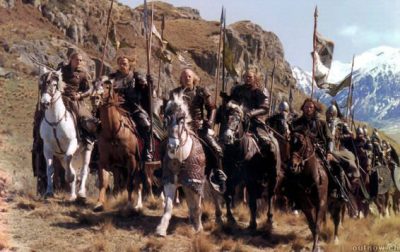 Horses played an important and visible role in The Lord of the Rings (the book). They were not treated as mere vehicles; many had names and stories. The films built on the stories, modified some, and invented new ones. We’ll try to be clear about where we’re referring to the books, the movies, or both.

Still to come: Asfaloth, Éomer’s horse Firefoot, Gandalf’s cart horse, Roheryn, the horses of the Ringwraiths, behind the scenes, and more photos of all.

Bill was played by two horses: Shane, a palomino Quarter Horse, to make the hobbits seem small, and Rastus, a Shetland pony, to match the size of the size doubles. The blizzard scenes in the mountains were too challenging for the equines, so two people in a horse suit played Bill’s role. 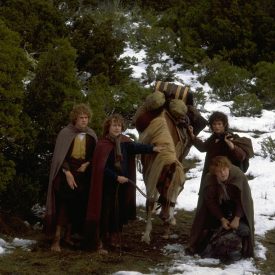 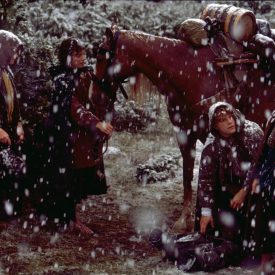 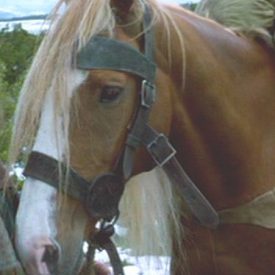 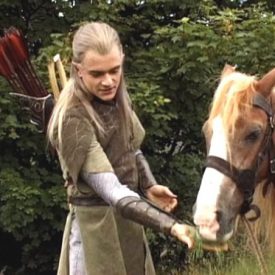 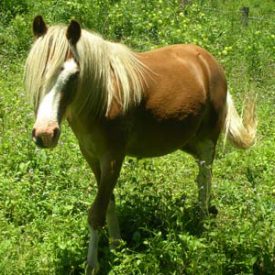 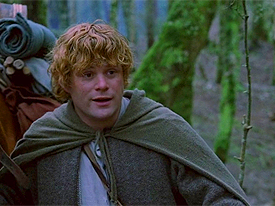