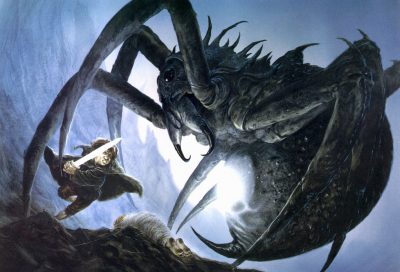 Tolkien’s works have inspired many artists. Here are some of our favorites, along with a few examples of their work. If you would like to suggest someone else to feature here, please let us know.

John Howe – Beautiful work, much of which inspired the film. News, forum, biography. Online portfolio with over 1800 images includes sections on The Lord of the Rings and concept art for the films, from Bag-end to the Black Gates.

Alan Lee – Master watercolorist Alan Lee illustrated the anniversary editions of both The Hobbit and The Lord of the Rings. He and Howe worked with Peter Jackson to create the visual designs for the Lord of the Rings films. The Alan Lee gallery hosted by the Tolkien Gateway contains over 150 high resolution files.

Ted Nasmith – Illustrations for The Lord of the Rings, The Hobbit, The Silmarillion, and many other works. Known for his beautiful views of Middle-earth locations. His website includes illustrations for other books, plus architectural renderings.

Matthew Stewart – Stewart says that after reading The Hobbit in the sixth grade, he became hooked on drawing Tolkien and other fantasy characters. His portfolio includes a wide range of fantasy and magical subjects. We like the energy and personality of his portraits. 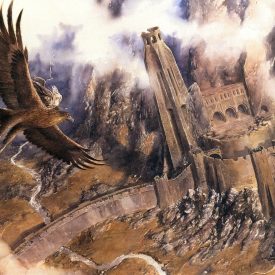 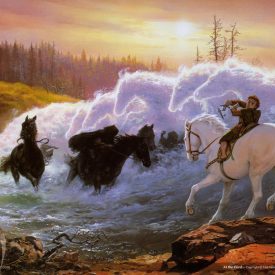 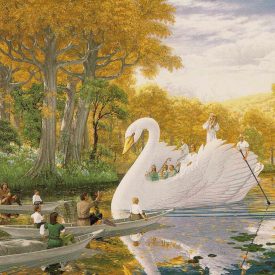 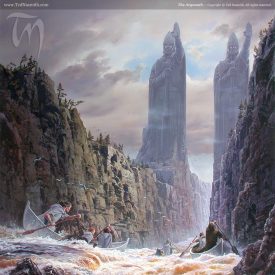 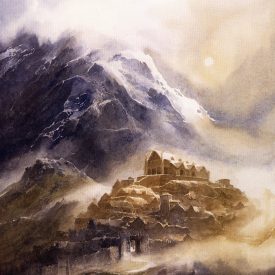 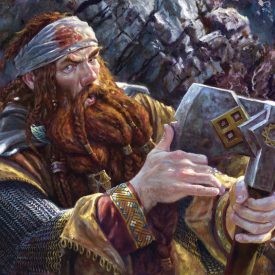 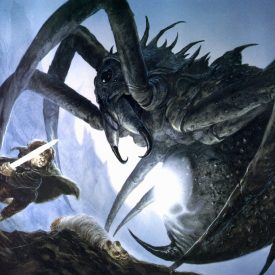 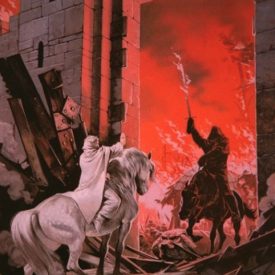 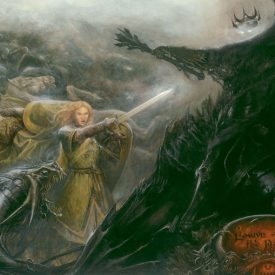 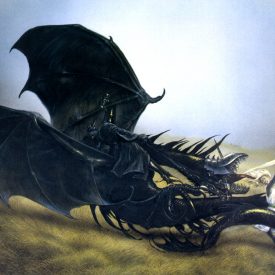 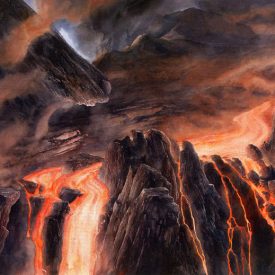 These artists don’t have the name recognition but are doing some excellent work.

Julia “Gellihana” Alex (Julaxart at DeviantArt) – She is especially adept at bringing horses and other beasts to life. Her LOTR gallery features Asfaloth (with Glorfindel), the Mouth of Sauron mounted on a fiery steed, rampaging Mumakil, a fell beast, and riders of Rohan. Oh yes, and Aragorn and other humans, too. 😉

Anke Eissmann – Eissmann has been illustrating Tolkien’s works since 1991, from The Hobbit to Unfinished Tales. The site has many examples of her work, mostly in watercolor. 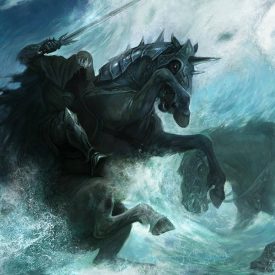 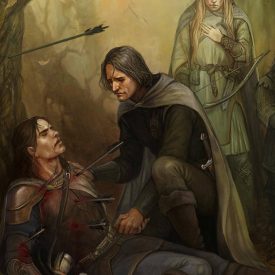 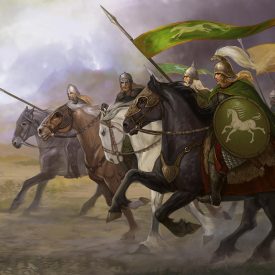 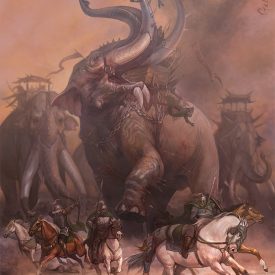 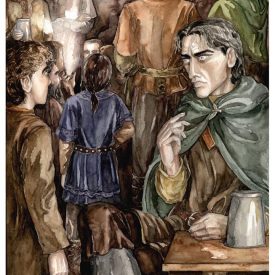 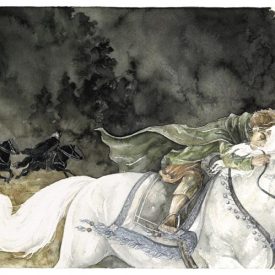 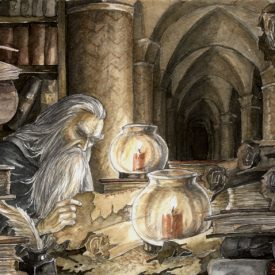 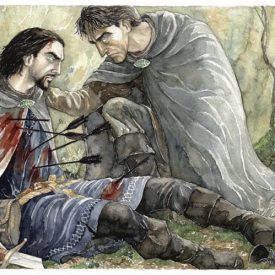 The gallery hosted by the Tolkien Gateway contains hundreds of files, many at high resolution, sorted by artist.

Enliven your desktop with icons representing The Lord of the Rings books, films, characters, and scenes. These are in various formats; you may need software that can convert PNGs to your destination format. Two tool tips for Mac users: The Unarchiver will unpack .rar files, and Image2Icon will apply icon images to your files. Both tools are available free from the App Store.

From dahlia069 at DeviantArt, a collection of nine Tolkien Movies Folder Icons, including one with the JRR Tolkien logo and four each for The Hobbit and The Lord of the Rings (one for the trilogy and one for each film). They have the look of well-used leather-bound books. The individual film folders are in portrait-mode, and the rest are landscape.

The Lord of The Rings Trilogy icon set from manueek at DeviantArt. These are portrait mode and made to look like Blu-ray or DVD covers. One for each film and one for the trilogy.

Folder icons for The Lord of the Rings from Mohandor at DeviantArt. Four distinct designs.

From MovieIconMan at DeviantArt, Lord of The Rings Folder Icon Pack (Blu-ray), a set of portrait mode icons made to look like Blu-ray covers. One for each film and one for the trilogy.