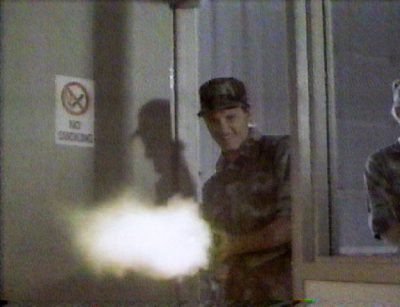 A band of ruthless international terrorists led by Josef Szabo (David Warner) hijack a speeding railroad train loaded with a full arsenal of powerful military weaponry capable of threatening world peace. Viggo Mortensen plays “Hans,” one of Szabo’s henchmen. His primary scenes are near the end of the film, where he shoots several people, knocks around a woman and teenage boy, and has some sort of medicine thrown in his face. He also appears briefly earlier in the movie as a background character in a couple of scenes.

Apologies for the horrid screencap quality. You’ll find a better collection at Viggo-Works.