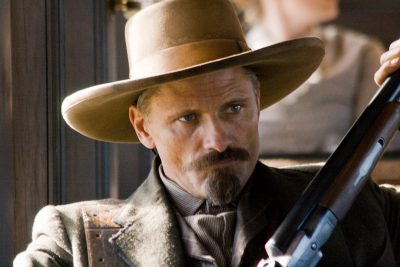 The western town of Appaloosa, terrorized by a rancher and his thugs, hires Virgil Cole (Ed Harris) and his sidekick Everett Hitch (Viggo Mortensen) to establish law and order. A lovely widow sets her sights on Cole, complicating the men’s job and testing their partnership.

The film is based on the book Appaloosa by Robert B. Parker. The book is a short novel and a great read. The characters Virgil Cole and Everett Hitch are well-drawn, with wry humor and great respect in spite of their eccentricity. The dialogue alone makes the book worth reading.

Everett Hitch is the book’s narrator, and Viggo Mortensen as Hitch does provide a background narration in some of the beginning and ending segments of the film.

Of the Appaloosa posters, Ryan Adams of Awards Daily asked, “Minus 5 points for failure to fully commit to sepia? Or plus 5 points?” (As you can see, though the US posters are all sepia-ish, some from other countries sport warmer flesh tones.) 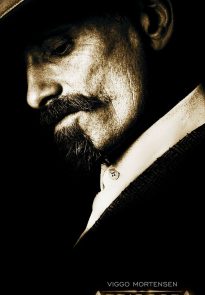 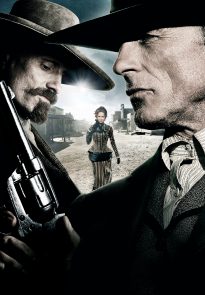 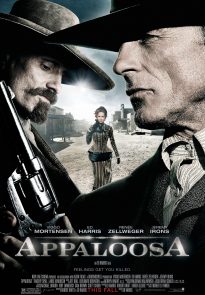 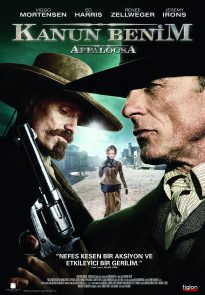 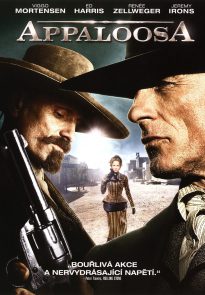 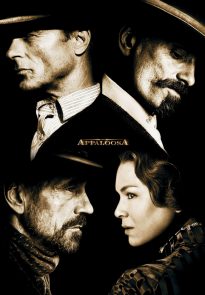 Adams went on to ask a bonus question: “How many peculiar things would one need to add to Viggo Mortensen’s face before he ceases to be hot?” 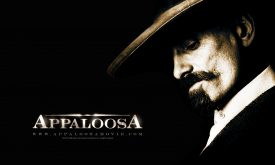 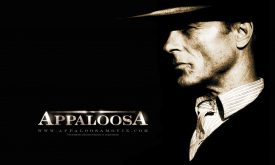 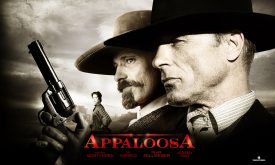 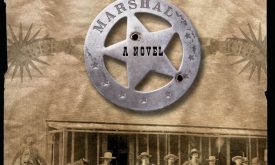