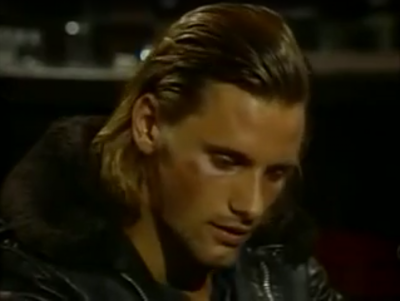 This soap opera premiered in 1951 and was still going strong when Viggo Mortensen played a sultry young fellow named “Bragg” in 1985. Viggo refers to Bragg as a “professional smuggler.”

The episode number and exact date are unknown, but we stumbled onto a couple of video clips and captured a few stills. Viggo-Works evidently found a better source, as they have several better quality screencaps on their Search for Tomorrow page. 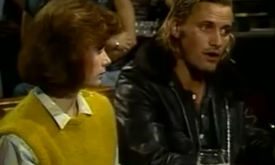 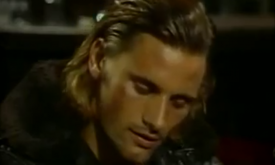 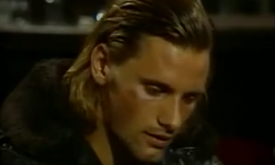 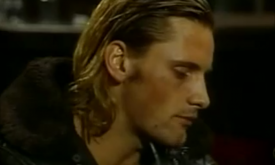 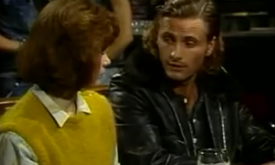 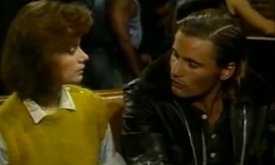 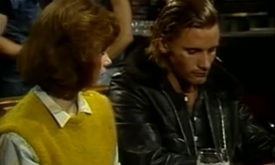 David Letterman managed to dig up a clip from Viggo Mortensen’s Search for Tomorrow appearance, and sprung it on him in September, 2007, when Viggo was doing an Eastern Promises junket. Both men are having fun, and it’s a lively interview. The first video is better quality but it’s very short and doesn’t include all the banter between the two. In the second video, the Search for Tomorrow bit starts at 6:39, and Viggo tells Dave a little about the mystical island of San Marcos.