A Cincinnati college student breaks off his engagement to his wealthy fiancee after he falls in love with a backwoods Kentucky girl (Molly Ringwald) he meets at a party. She claims to be 20 years old, but he learns that she’s actually just 16 and already married. Viggo Mortensen plays her low-life husband, Green.

The film is confusing and boring, and most of the acting was not exactly inspiring, but I found Viggo’s bit to be very interesting.

— SPOILER ALERT —
Jewel (Molly Ringwald) is a country girl, a bit of a hick, who seems to be a victim. A well-bred young fellow, Matt (Andrew McCarthy), develops a crush on her lush body and decides he has to rescue her. Slowly he discovers that she has lied to him about her age and that she is in fact married to a man named Green (though she says they never had sex). She claims to have been fondled (maybe molested?) by her stepfather and later by Green’s father, but frankly by the end of the movie it’s not clear whether you can believe anything she says. You know she’s lying sometimes, maybe most of the time, you just don’t know when.

Green is rumored to be a criminal, gun runner, maybe a murderer. So Matt is convinced that Green (Viggo) is bad news for Jewel, and gets papers drawn up to have their marriage annulled. FINALLY we get to the only interesting parts of the movie.

First, Green comes into a cafe and sits at the counter, asking for coffee. He looks tired and maybe a bit sad, and looks toward the camera as he removes his hat. It is an oddly vulnerable look for this man who is supposed to be so devilish.

His only other scene is just over 5 minutes long, near the end of the film. Matt decides to play the hero and confront Green in his home, which by the way has a stockpile of rifles and canned water. Survivalist? Dealer? Who knows? Here Green comes across as more cynical, a bit sinister but not seriously threatening.

What’s interesting is that when they start talking about Jewel, Green suddenly seems to be one of the more honest people in the film. He sees right through Matt’s well-intentioned but condescending care for Jewel. “What are you doing here? You’re going to be the prince, is that it? You’re going to carry her off on a big white horse?” Well, no, Matt, doesn’t really want her as his wife, after all she’s barely educated and doesn’t fit in with his friends.

Green replies skeptically, almost as a father might. “Well, I think she’s expecting you to give her everything. Haven’t you let her believe that you would?” When Matt hedges that question as well, Green concludes, “You’re too good for her, is that it? I ain’t good enough, but you’re too f*cking good.”

The rest of the film is a waste of time but I found myself really enjoying the scene with this Green character. I’ll confess, it may be just because it was Viggo, and maybe his performance looked good because he was surrounded by less than stellar work. Colleen at Celluloid Haven says that it was after Sean Penn saw Mortensen as Green in this film that he decided to audition him for the role of Frank Roberts in The Indian Runner. There is a clear resemblance between Green and Frank.

Thanks to sagralisse for sharing her screen captures from Fresh Horses. 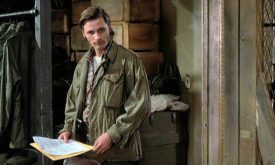 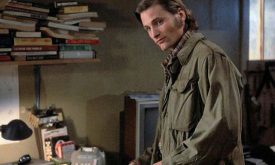 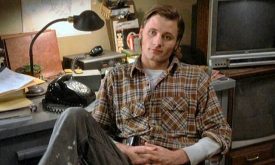 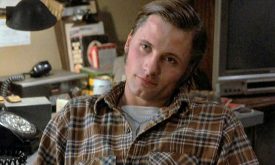 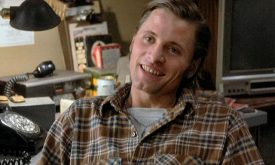 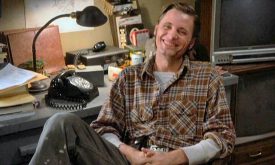 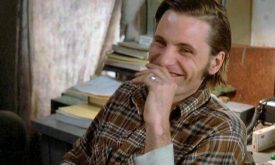 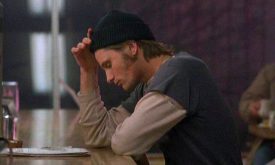 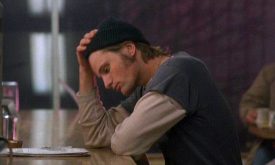 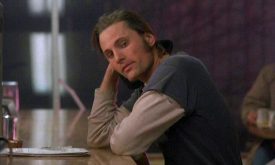 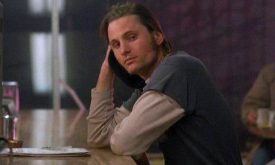