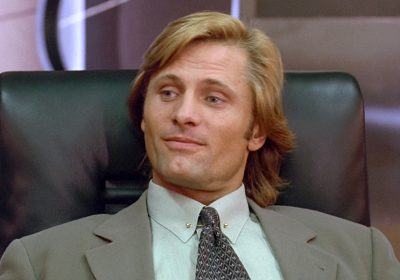 Compulsive rescuer Kit Latura (Sylvester Stallone) goes into the Holland Tunnel after after a fiery explosion has trapped people inside, and leads survivors to safety. Roy Nord (Viggo) is an arrogant adventure gear spokesperson who believes he can do a better job of the rescue and sets off in a different direction.

Nord has created an ad campaign for his business that is built on his own exploits in mountain climbing, kayaking, and other extreme sports. It’s fun to watch Nord watching himself on the screen as he displays his latest advertising. 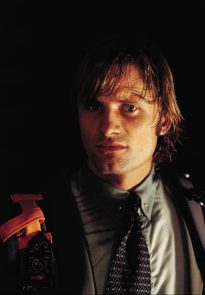 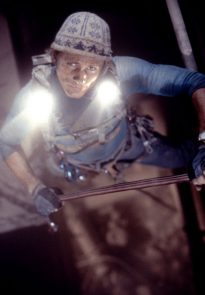 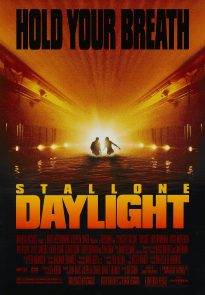