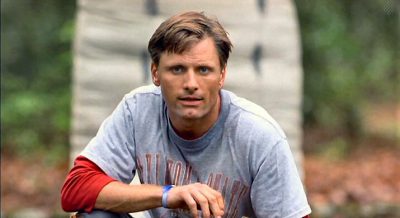 Gwen Cummings (Sandra Bullock) and Eddie Boone (Viggo Mortensen) have been sentenced to spend time in an upscale rehabilitation facility to learn how to control their addictions. They become friends and we see them and other residents watching Eddie’s favorite soap opera, attempting a ropes course, doing chores, and pitching baseballs as they struggle with their issues.

Viggo Mortensen settles nicely into his role as a professional baseball player with a laconic drawl and fondness for cocaine and spontaneous sex. The accent suits him, as does the haircut, though sometimes he seems too darned clean cut and mentally balanced to be in rehab.

A side note on Viggo’s preparation for the role, which includes a few minutes coaching Bullock’s character on throwing a baseball: “I mean I like baseball, but I’m not really well versed in it, so I’ve been going to Spring training in Arizona and Florida…. The players were really nice and took me under their wing.”

Though the film is about the serious subject of addiction, including alcoholism, drug abuse and sexual addiction, there are many humorous moments. Some reviewers have complained that the filmmakers couldn’t decide whether they were trying to make a serious drama or a comedy. Their complaints aside, we still enjoyed the many zingers. Alan Tudyk (as Gerhardt) was particularly adept.

If you are only interested in “Viggo-sightings,” you may be disappointed. Mortensen is billed second to Bullock in the credits, but his role is relatively small. Still the acting, directing and story are good and we enjoyed the film. 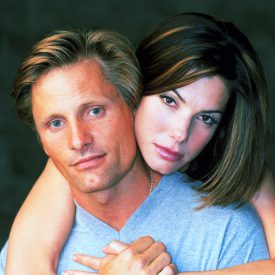 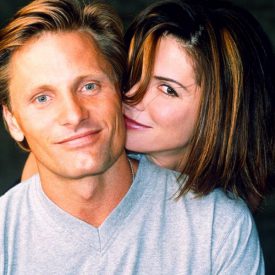 Thanks to Sagralisse for the caps. 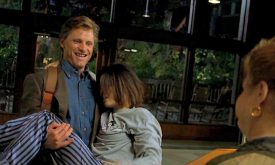 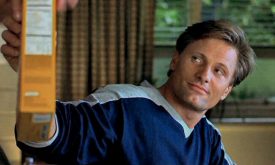 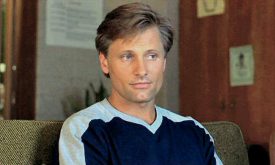 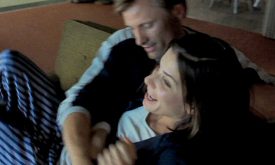 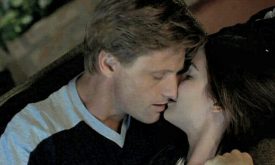 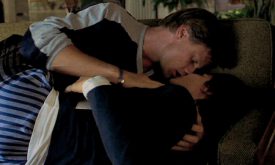 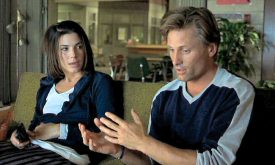 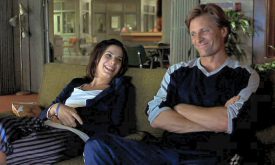 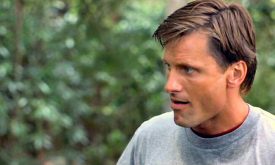 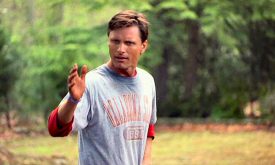 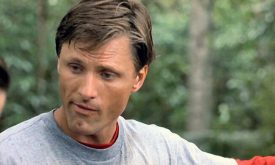 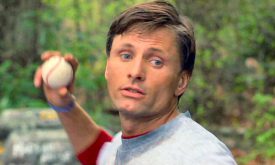 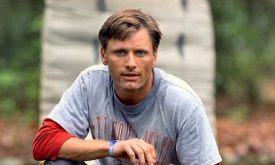 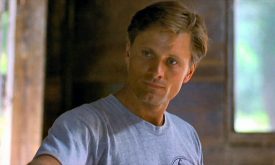 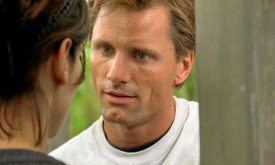 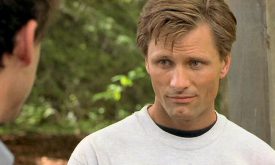 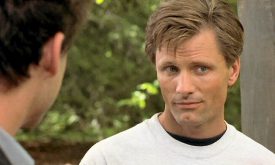 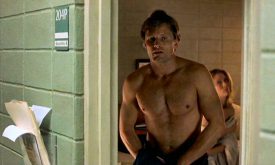 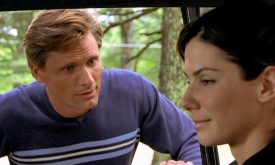 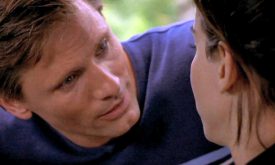 28 Days trailer, a clip featuring Gwen (Sandra Bullock) and Eddie (Viggo Mortensen), and a fan video with a collage of scenes featuring the two of them together.