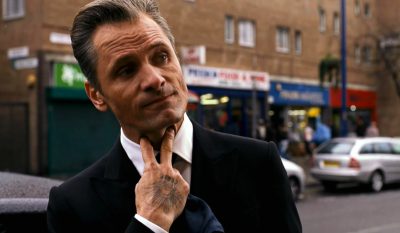 Michael Ordoña of the San Francisco Chronicle named his picks for The top 10 best screen mobsters yesterday. Making his appearance as #6 on the list was Nikolai Luzhin, Viggo Mortensen’s character in Eastern Promises:

If you had never seen Mortensen before this film, you’d think he was that guy, that the filmmakers had just pulled some Russian dude out of a high-end London nightclub. Equal parts preening macho narcissist and cold-blooded hatchet man, he tops even Borat for best naked fight.