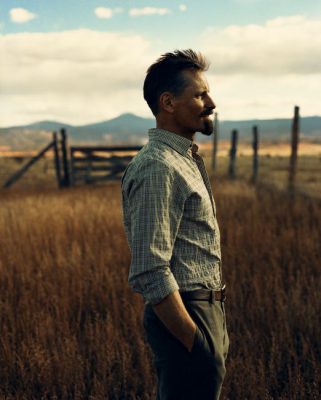 Viggo Mortensen is featured on the cover of the March 2008 issue of Men’s Vogue. It’s out in New York and LA this week and nationwide next week.

Inside, an article by Phoebe Eaton titled “The Great Dane” includes an extensive interview:

Viggo Mortensen can swing a broadsword as Aragorn or neatly fillet a Russian mobster. But off-screen, the Oscar contender is a life-giving force, playing big brother to a band of poets, painters, and searchers like him.