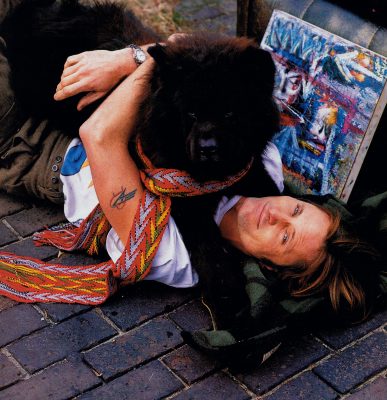 Not a household name (yet), Viggo Mortensen has logged a lot of face time on the big screen in the 90’s. Perhaps his image doesn’t snap into place because his roles have been so richly varied. He played Henry James’s genteel doormat Caspar Goodwood in The Portrait of a Lady and furnished unexpected shadings to the chiseled role of Demi Moore’s commanding officer in G.I. Jane. Critics find in him a romantic waiting to be released. The genie bottle could be this year’s Over the Moon, an independent film co-produced by Dustin Hoffman. A familiar figure on the L.A. punk scene (he was married to Exene Cervenka, the former lead singer of the punk band X), Mortensen is also a published poet, which probably shouldn’t be held against him.

The first image is a full page scan. The second (same as the one embedded above) is the full page width but the text is cropped off the top. The third image has text removed and is cropped to a more vertical format (better for Pinterest). Scans by Brego.net. 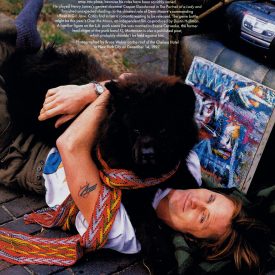 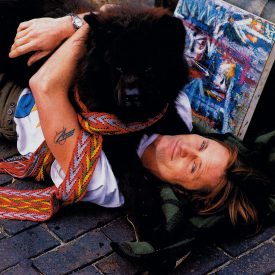 Notes: Photo by Bruce Weber. Scan by Brego.net. Text found in the Viggo Corner news at Frostyland with thanks to RavenKeeper and Jackie.