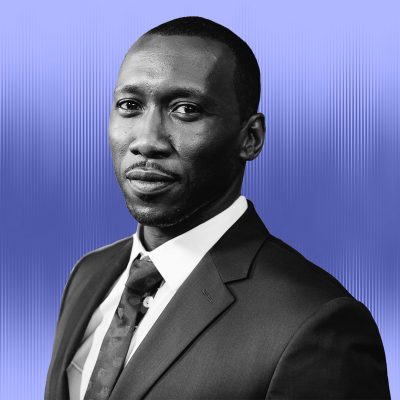 In the film Green Book, the late Don Shirley, a real-life classical pianist, hires a white bodyguard to drive him from New York City, where the artist lives dripping in glamour atop Carnegie Hall, to the South.

Along the way, the two refer to The Negro Motorist Green Book, an official guide that detailed where Black folks can lay their heads safely below the Mason-Dixon Line, a region in which Shirley regularly performs for people who believe that he and the rest of Black America are inferior.

Academy Award winner Mahershala Ali, who embodies the essence of cool offscreen, takes on the role of the high-strung pianist determined to use his talents despite a 1960’s race war.

Ali, who admits he had no idea the Jim Crow-era travel’s guide existed, shares that the picture may have audiences laughing, even as it illuminates driving-while-Black concerns that persist to this day.

We chatted with Ali a few months ago, right after Green Book made a splash at the Toronto Film Festival, to learn more about the film and how it may help race relations today.

ESSENCE: Level with me: Did you read the script and say, ‘Yeah this might have Oscar buzz?’

Mahershala Ali: No, honestly, it didn’t cross my mind. What I was thinking when I read the script was this is an amazing character. Don Shirley had the capacity to play extraordinarily complicated music that was deemed white music. And it’s not that he’s not good enough to play it, he’s just not white enough to play it. It’s an idea that Black people have existed for centuries in this country from th standpoint of living compromised lives.

Do you think that being exceptional as a Black person — as Don Shirley was — is a smart way to combat racism?

It can’t be the sole solution, right? There are different ways you can approach attacking a disease. You need to be able to have diversity in conversations about race. You can have Barry Jenkins and Spike Lee, but you all need to include a story like Green Book that may play a little lighter, where people don’t realize at first that they’re being challenged, because they may be laughing.

I had recently described the film to friends, calling it The Help on a road trip. Viola Davis recently said she regretted her role in The Help because it silenced the Black maids. Can you understand her regret and how do you feel your film centered Dr. Shirley?

I trust and support Viola Davis, and I absolutely respect her feelings. But in Green Book, I would not support the idea that Don Shirley was silenced in any way by the film or that his journey was diminished. It helped that I was involved in the process. I read the script, for instance, and I definitely voiced issues I felt strongly about or blind spots we needed to address.

A lot of the scenes in the film are similar to what’s happening in the country today. Do you think we’re combating embedded discrimination well, or are we failing at it?

We only fail when we no longer have the ability to make people aware of the injustices. The knowledge of the things that are happening gives us the ability to combat and address them and try to heal our community.