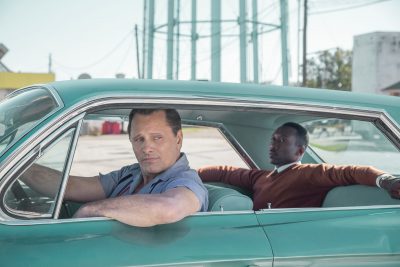 There are so many ways Green Book could have driven off the road and into a narrative ditch. It’s the story of Don Shirley (Mahershala Ali), a Jamaican piano prodigy living in Manhattan who, in 1962, embarked on a tour of the Deep South in the company of his Bronx driver/bodyguard Tony Vallelonga (Viggo Mortensen).

So what is this? Race-reversal Driving Miss Daisy? Some kind of white saviour story? Thankfully, neither. The winner of the People’s Choice Award at the recent Toronto International Film Festival, with all the Oscar handicapping that implies, is a smart, nuanced story of two men thrown together by unlikely circumstance, and how each gains something from the experience.

We first meet Tony “Lip” Vallelonga working the Copacabana, a mob-run midtown nightclub in New York. His circle of friends and relations is almost comically Italian-American; I swear there are lines like “Paulie! I wantcha to meet Johnny. Johnny, this is Paulie, Frankie’s cousin. Hey Joey, where’s Mikey?” etc. 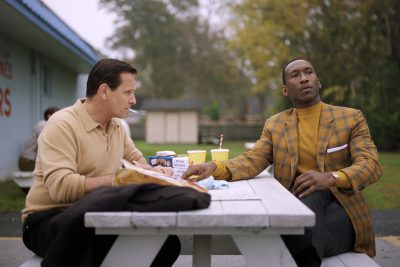 Tony has a sweet wife (Linda Cardellini) and quite a few racist bones in his body; in the movie’s clunkiest bit of exposition, he notices her giving water to two black workmen in the kitchen, and surreptitiously throws the offending glassware in the garbage. (She just as quietly rescues them.)

But Tony doesn’t think he’s a racist. So when he gets an offer to act as driver to “Doctor Shirley,” whose fancy digs above Carnegie Hall would make Liberace blush, he takes the gig. Besides, the money’s good. He promises his wife he’ll write from the road, which is the source of some wonderful grammatical humour, for which I am a sucker.

The tour starts out well enough, even though motor-mouth Tony has a habit of leaning over the backseat to chat up his boss, causing Don to remind him fussily: “Hands at 10 and two, please.” But as they edge further into the Jim Crow south, racism and segregation grow more entrenched.

Soon they’re staying in sundown towns where you could be arrested for being black and outside after dark. In one opulent private house, the Don Shirley trio – the bassist and cellist were white – are given a glowing introduction and a warm ovation, but when Don asks to use the restroom, he’s directed to the outhouse. Perturbed but dignified, he gets Tony to drive him back to the hotel so he can pee.

The title is a reference to The Negro Motorist Green-Book, first published in 1936 by Victor Hugo Green, a New York City mailman who was named after the French author, and sounds like he could use a biopic himself.

His travel guide listed gas stations, restaurants and accommodations where blacks might expect service, with its first edition stating: “There will be a day sometime in the near future when this guide will not have to be published.” But a quarter century later, and two years after Green’s death, that day had not yet dawned. 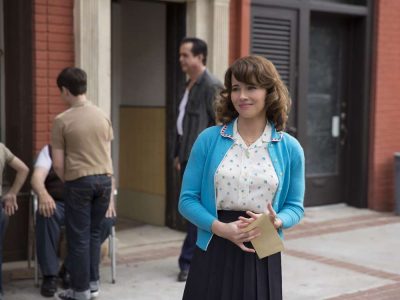 The book itself doesn’t get much screen time in Peter Farrelly’s film, which was co-written by Nick Vallelonga, Tony’s son. But the undercurrent of racial injustice is consistent. In one town, the two men are arrested by a lookalike of Rod Steiger’s character from In the Heat of the Night. The least racist member of the local constabulary tries to intervene, but in the end the well-connected Don uses his phone call to contact Robert Kennedy, the Attorney General.

The joy of this movie hinges on the performances of its two central characters. Mortensen is a notoriously prepared performer, and I worried in the scene where Tony eats 26 hot dogs to win a bet that the actor might have done likewise. And Ali gets his first role since winning the Oscar for Moonlight that lets him show off his range. Not that Don Shirley was showy; in the parlance of the times he was … flamboyant.

Most amazing is that Tony doesn’t have a moment of racial epiphany. In many ways, he leaves the movie as unenlightened as he enters it, and his speech to Don about how growing up poor in Brooklyn makes him “blacker” than the musician is as insensitive as it is heartfelt. You can understand what he’s feeling, even though he’s wrong.

Cardellini also deserves a mention for providing the quiet beating heart of the movie. She also gets the perfect last word, a fitting moment in a film that, like a careful traveller, finds its way to just the right terminus.

Notes: All images by Patti Perret for Universal Pictures